The beauty of windblown snow

The stubbles in the dried hay in the hay field worked as miniature snow fences.   Looking across the hay field,  the snow looks like waves on the water.

The winds were so strong that it blew snow and frozen dirt around.  The side effect was dirt mixed in with the snow just enough to catch the sunshine and begin the melting process.

The melting snow looks like glass/lace. I wish that the camera would show what my eyes were seeing as the sunlight caught on the ice formations and sparkled; dancing across the field.

The girls were so excited about running in the open field again.   It has been so cold that they haven't had much chance to play out in the country. It is a favorite pass time for them. But with the severe cold and windchill it just isn't safe for them. 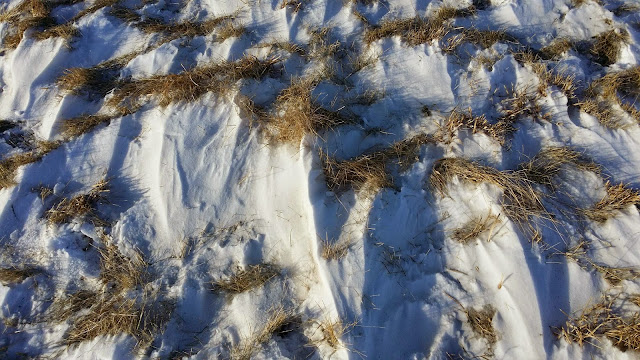 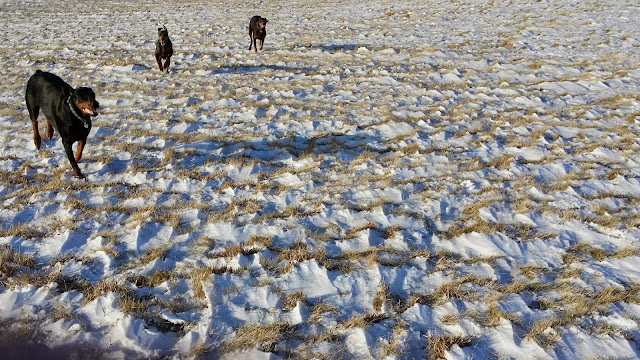 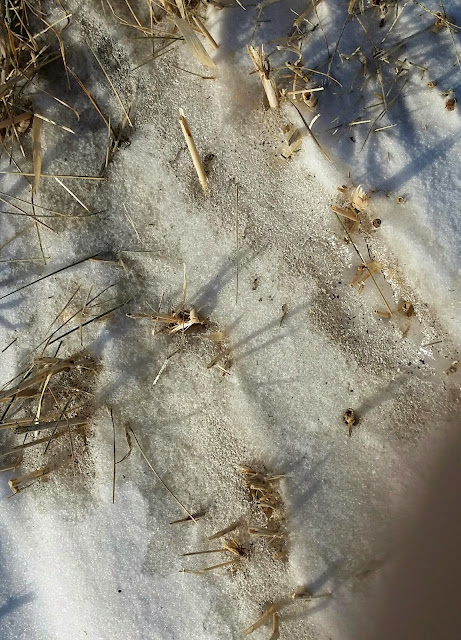 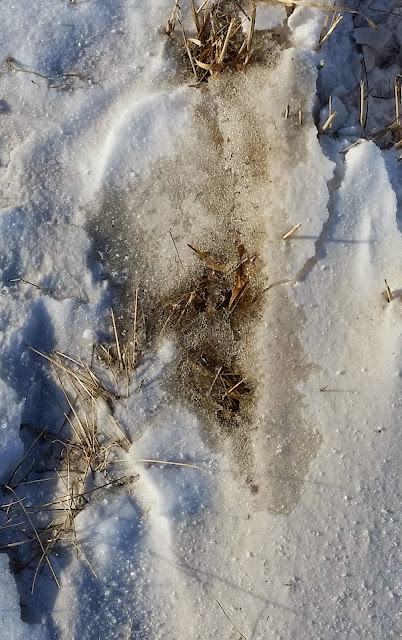