Have you ever been walking in a public place and see money laying on the ground? I was shopping last weekend and I saw a $20 bill. There was a couple slightly older than I down the aisle and in front of them a mother with kids. They would have had to walk over it or dropped it.

This is also a common "stunt" that people would pull for a hidden camera routine. I looked around for anything suspicious. After seeing nothing, I picked it up.

In due dilegence, I found the couple and family that were in the row and asked them if they had lost any money within the store. No one had any "large" bills on them.

On my way out of the store I stopped by the lost and found and reported it. That was eight days ago.  I guess it is mine. 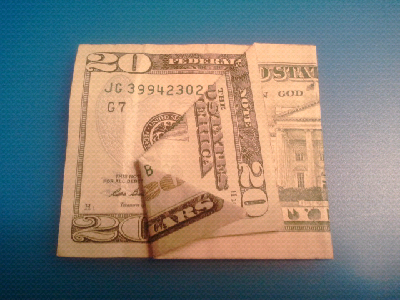