Do you know what is all on your bucket list?  I have a few definite ideas on mine. But this weekend I realized that at times you can check something off your bucket list that you didn't even think of putting on it.

My nephew graduated from high school this spring.  He and his best friend decided to share their graduation party.  Coming from a family of hunters it isn't unusual to see guns around.  Infact, I hosted a two week exchange girl from Japan about ten years ago. The one thing on her bucket list was to shoot a gun. A friend of mine brought over to Wisconsin a handgun and two different rifles. But my mouth dropped open when I saw the 50 Cal Sniper Riffle set up pointed at an old pick up.  (It pays to live out in the country.)

﻿﻿
﻿﻿ ﻿﻿ ﻿﻿ Steve (I think that was his name) gave a full lesson on shooting the 50 Cal Sniper Riffle. Several fire extinguisers were on hand as well as ear plugs.  The men (mostly) lined up to shoot the gun. 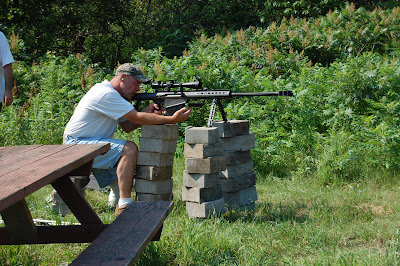 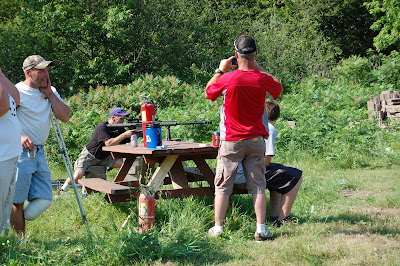 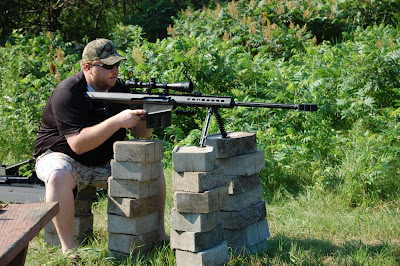 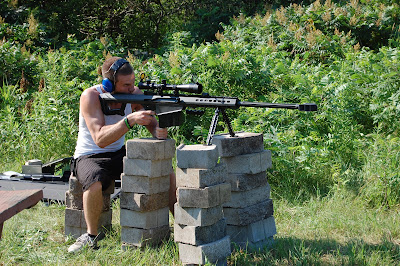 ﻿ I could see the desire in my sisters eyes.  But being the Minnesota nice woman that she is... she stayed back.  (Until her obnoxious sister prodded her to take her turn.) - oh, that was me.   She hit her mark.  She is an excellent shot. (The explosive on the truck had already been hit.)

﻿
﻿ I don't think shooting a 50 Cal Sniper Riffle was on her bucket list. Being any where around one was not on mine.  But for both of us, we were grateful for the opportunity and exposure.  I wonder what other things I haven't thought to put on my bucket list?
Posted by Back40 at 12:24 PM