The boy and the dragon

Once there was a loney boy who lived in the country at the edge of the woods.  One morning as he was walking in the woods and a baby dragon crossed his path.  The baby dragon was full of play and spunk.  The lonely boy could not resist but to play with this young dragon.

They played hide and seek around the trees then they played fetch for a while and when they were both tired, they lay down to rest. They had become fast friends. The boy knew that the dragon couldn't come home with him so he asked him stay by the woods until he returned. And every day he did just that. One day the dragon had gotten so large that as boy greeted him with a hug, the dragon flipped him onto his back and took off flying. At first the boy was afraid, but when his dragon friend turned and winked at him, he knew everything was okay. He had never before felt such freedom. For the first time in his life, he was seeing how small the world around him was and how much more there was for him to see. It gave him hope. They flew all day, until the sun was setting. Then just like every other day in the past, the dragon lay by the woods and watched his special friend walk home. He knew that tomorrow would be here very soon. 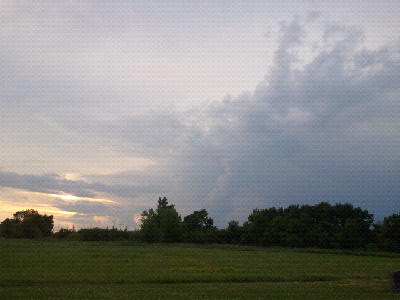