My Jenny's first Playdate with Mavorick

"My Jenny let's play tug-a-war with monkey"  Mama Duchess said as she dangled the monkey in front of My Jenny.
"I'm gonna win!"
"Hey you two, I have an idea.  Let's go shopping then stop by Maverick's home to play with him. Does that sound good?" Grandma asked.
"Yeah! Play date! Let's go!" My Jenny jumped around with excitement.

"G-ma, that shopping is pretty tiring stuff."  My Jenny said as her head bobbed.
"I know, even your mama is sleeping after her pawdicure. Rest up.  You will need energy to play with Maverick."
"Yeahhhzzzzzzzz"
﻿ ﻿ 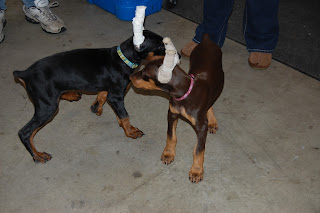 "This is my new G-ma & G-pa's place.  See I can go up these steps to go in." Maverick showed My Jenny and Duchess around. 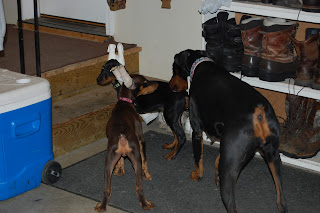 Then they went outside for some playtime.
"Hey, Let's play dobie circles!" My Jenny said but Maverick had different ideas.
"Pounce time!" Maverick answered. 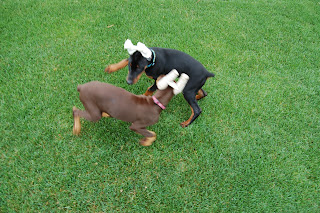 "Hey do you see mama?" Maverick said during a short break. "Look at her" 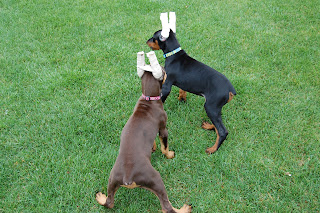 "Mama has a friend to play with too"  My Jenny said.  "They are having fun too!" 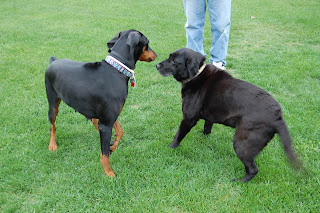 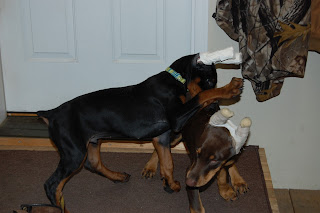 "Don't they look cute together?" Grandma said to everyone around. 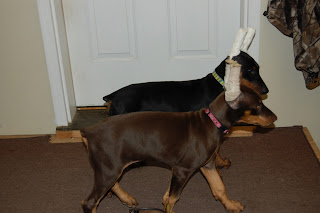 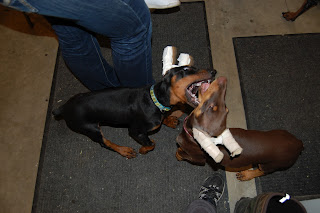 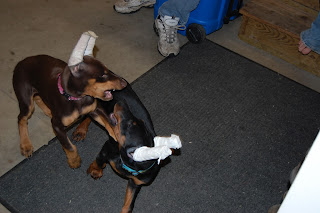 "Kids, settle down." Mama said as she stepped between them. 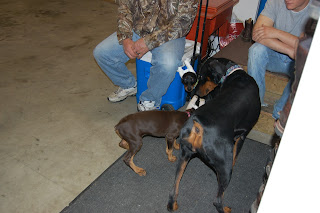 "I am monster, I will bite off your ears!" Maverick said in a scary voice.
Soon they heard Molly's high pitch yap. "Cut it out." 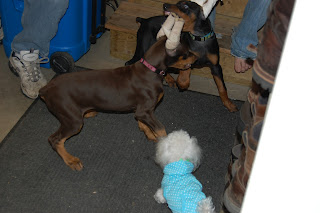 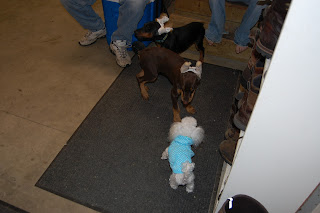 "I said STOP that!" Molly yipped to the larger but younger puppies. 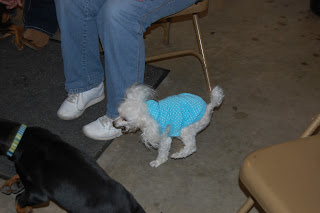 That didn't stop them as they wrestled some more. 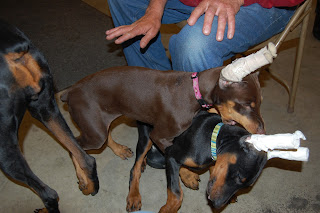 "Roar, I am monster"
"Aaargh! I shall bite you monster. Wha-ha-ha" 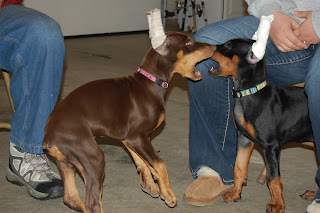 Time to run outside again! 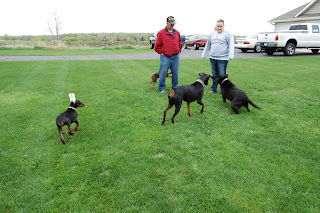 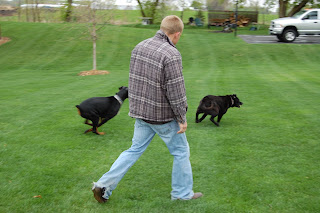 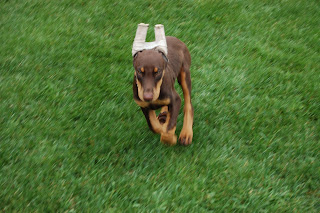 "A new game?  Hide and Seek.  I like it!" My Jenny said as she prepared to pounce. 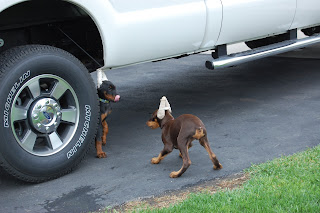 On the next round it was Maverick's turn to pounce. 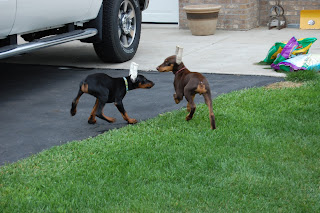 "I win!" My Jenny yelled.
"Time to go!  You have been playing so hard this afternoon" Grandma said.
"Oh do we have to?"
"Yes.  We can play more another day. Maybe next time we can meet with Maverick, Trejo and Cisco at the park by the lake just South of Watkins?"
"YEAH!" Maverick and My Jenny yelled together. 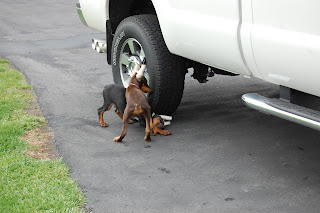 Barely around the corner from Maverick's place, My Jenny was sound asleep in Grandma's arm.  She slept soundly all the way home.
Posted by Back40 at 7:47 PM

Email ThisBlogThis!Share to TwitterShare to FacebookShare to Pinterest
Labels: Doberman