This afternoon while out running Misty Blue (Boo) was stung by some kind of insect. Dale noticed that she had a welt quickly forming under her right eye (left side as we look at her). He rushed her to the vet. They checked out the are gave her a pain killer and some antihistamines.

One of the shots they gave her in the small of her back. It too swelled up. They told Dale to put an ice pack on it for 15 minutes and keep her calm. When I got there, I used a towel and safety pins to secure the ice pack in place. Then Dale and I began rubbing her ears. She calmed down.

Sonjia kept coming up to me and turning her back to me. I took their blanket corner to corner and wrapped it around her belly "just like Misty Blue ".  She was getting attention which made her happy.

That was two Friday's in a row that Misty Blue ended up in the vets office. 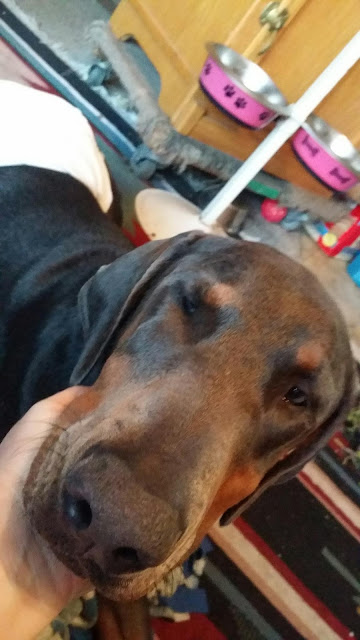 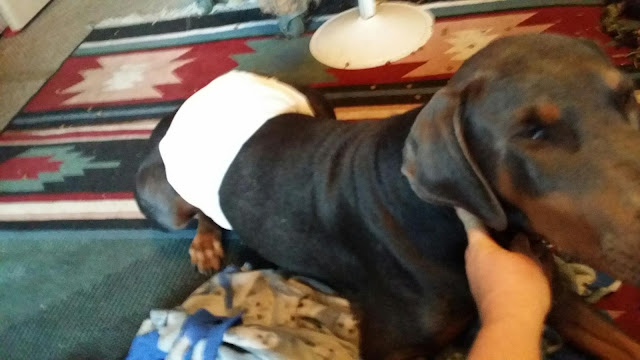 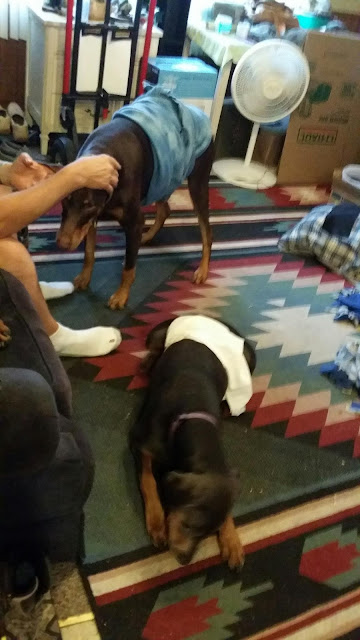