We had our last meal of sweet corn. The crops were so early that here in the middle of August the corn is starting to get tough.  It seems like an early end to the season.  Watching the weather closely, I can't help but wonder if the winter is going to be long and cold.

Taking advantage of a cool day, Dale decided to make jerky. This started a few days ago when a friend showed up to give Dale some venison from a road kill deer.  Later that day another friend was visiting, we got talking about making jerky. She shared how she flavors ground beef or venison, uses an extruder to create a tube shape, rolls it flat and dries it.

While I was at work, Dale pulled out his meat grinder (I think it was his mom's or grandma's).  He ground up all the meat about 5 pounds. After work, I brought over my pasta maker and put on an attachment for a flat pasta (about 1/4 inch by an inch). Dale had bought a seasoning mix that he mixed in with the meat according to directions.  The pasta maker mixed it some more before we switched it over to extrude.  I was sad that it was venison. It looked good and I don't care for venison. 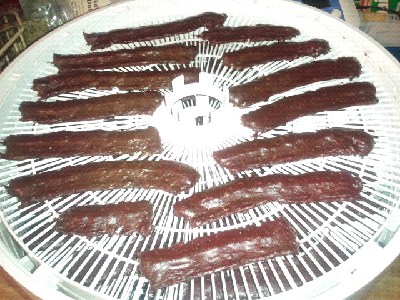 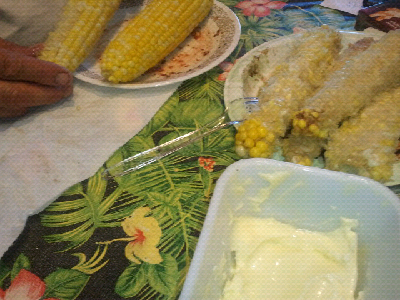