Christmas eve's - eve, December 23rd, I received a phone call fairly late in the evening.  It was Don, my soul-sister's husband announcing that there were some strange or unusual people in my yard.

Yes, it was them!  They had just driven from Foley to Annandale to pick up my spinning wheel which had been custom made by another friend of theirs, Willard. He's in his 90's and still making custom spinning wheels.  He has labeled each spinning wheel with a number. He dates them for Valentine's day of they year that he builds them and puts his special mark on each of them. S.W.H within a heart.  Sweet Heart Wheel.

When my father arrived Christmas eve afternoon, he found himself torn between checking out the spinning wheel and the 3 week old puppies. :^) 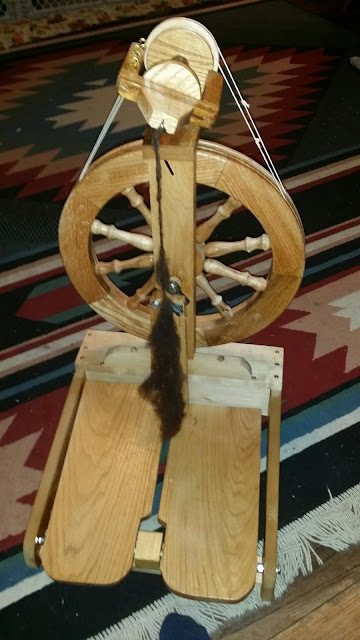 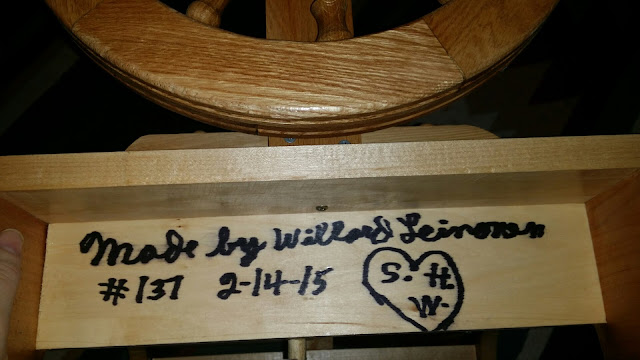 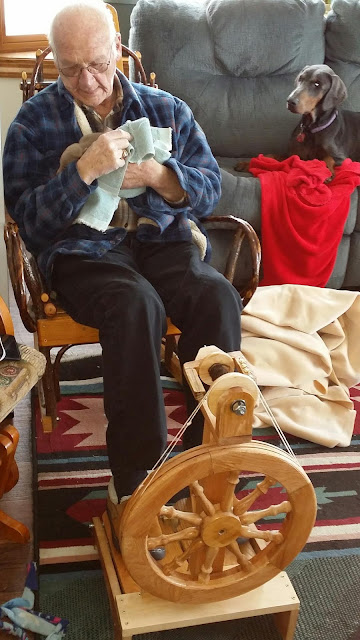 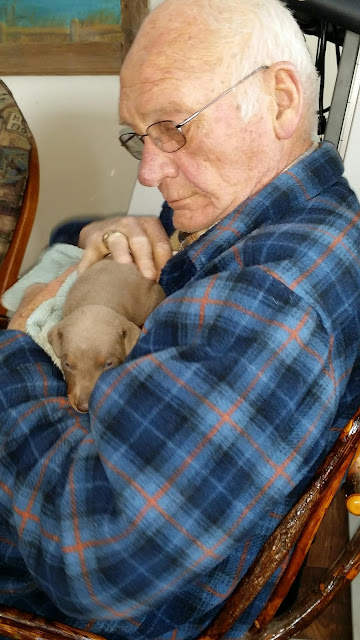