Yes some lucky lady will get the fir coat that she dreamed about in the 40's or 50's when fir coats were still politically appropriate.  I had taken a picture of Dale and two guys slightly older than him digging through boxes of tools. I accidentally deleted it.  But the thought of it still makes me chuckle. I'd bet that NONE of them would ever use any of those tools at this stage of life.  But it is a good bargain!

It was the second to the last weekend of the swappers meet.  Most of the vendors were scattered in the cool foggy morning.  A steady stream of people were coming in and walking through.

I stocked up on fresh honey (2 quarts for $23).  That should cover winter baking.  There was a woman selling fresh baked goods which included kolaches!  Four flavors what a difficult choice. I ended up choosing poppy.  Dale found a good deal on Minnesota grown potatoes.  There was even a potatoe that looked like a puppy paw. 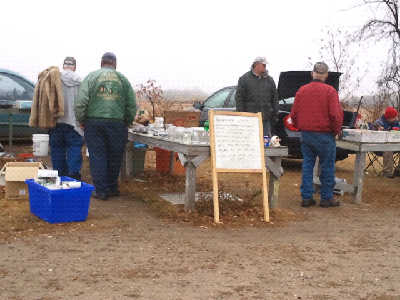 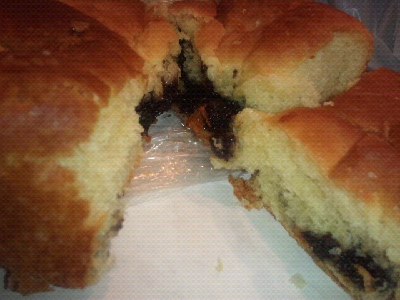 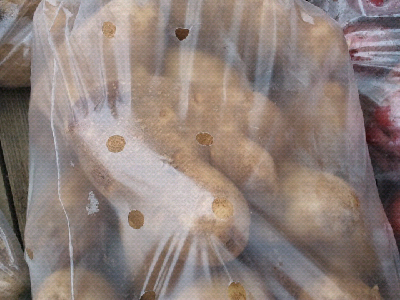