We started out going to the p.a.r.k. We have to spell that word out or the dogs go crazy.  So we headed doen the road. With each corner the dogs get more excited. They nearly knocked Dale over getting out of the car.  They ran until they ran for shade.

In the distance, we heard an odd noise. So instead of going home, we followed the noise. Off in the distance, the farmers were out in the field chopping alfalfa.  The distance became closer and suddenly we were parked on the field watching that enourmous machine chop the alfalfa/hay combination and fill up truck after truck.

Six rows were rolled into one in th process before this one.  It took just over two trucks to complete one row.  There were five trucks working this field but they could have used a couple more to keep up. It was an interesting process to watch.  We have watched it before but this time was more close up.

When we pulled away, we headed over to a friends on the lake to visit. Not much more to do on a hot, humid day.  It was relaxing but at the same time, I had so much to get done at home tonight. 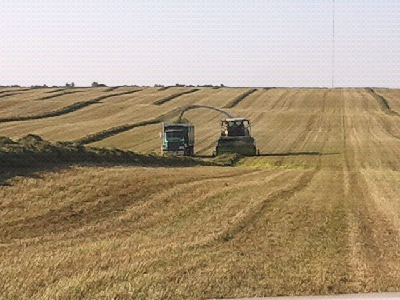 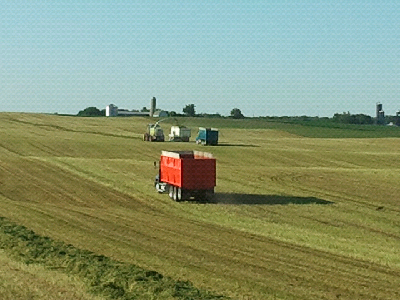 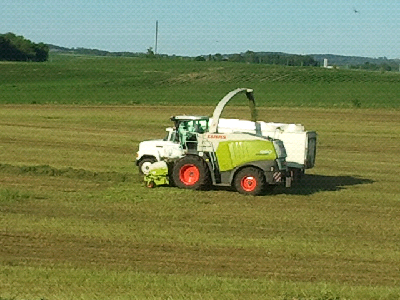